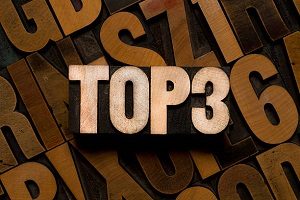 The top 3 SQL Server 2017 features that every Database Administrators should be excited about.

SQL Server 2017 on Linux
It seems like this version of SQL Server  is meant to steal sales of Oracle on Linux. But maybe some of the millions of hosting companies and billions of websites might stop using MySQL and start using SQL Server on Linux. (hmmm maybe ).

SQL Server 2017 and Big Data
The latest SQL Server version pushes big data and Artificial Intelligence much closer to reality by adding support or improvements to Python, Polybase, graph database and R. Big data is such a new frontier to conquer that anything is possible. The big data arena looks so promising in so many areas that have never been able to be use technical tools to analyze their data.

So just do it?
I’m always amazed at how long companies take to approve any mention of moving to the next major version of SQL Server. Even SQL Server service packs and cumulative update deployments are like pulling teeth with upper management as well as the IT development staff sometimes. And I’m sure there are still some SQL Server 2000 installations out there running a defunct vendor system…….. but its been 17 years!

SQL Server 2017 looks like it should be embraced sooner rather than later.