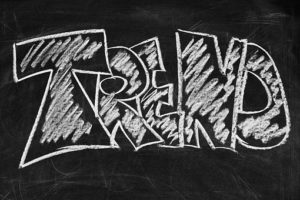 The 2018-2019 jobs market, especially the IT job market, has been super hot the past few months based on the articles listed below.

As you read the articles, you will note the discussions on how the job opportunities of 2018-2019 are as good as it was for the baby boomers. I am one of those baby boomers that quit many good jobs to take those 15% to 25% raises and never looked back. I did stay at least one year in any IT job but many co-workers would jump to another job more frequently. I don’t know about you but I’ll take a 15 percent raise vs a 2 percent raise any day. Right?

Here’s just a few choice headlines on the 2018-2019 jobs market and excerpts from the articles.

As job openings reach unprecedented levels, so does quitting by CHRISTOPHER RUGABER
Average hourly pay rose 2.9 percent in August compared with a year earlier. That was the best annual gain since June 2009.

Workers are quitting at the highest rate since 2001, and the reason might surprise you by Abigail Hess
The average increase in compensation for a worker who quits their old job for a new one is about 15 percent. If you haven’t been given a new promotion, a new opportunity or a chance to learn something new in recent memory, then it is time to leave. We are now seeing employees who are more established in their careers also quitting at higher rates.

July 2018 JOLTS Report: Workers Are Quitting, but Will They Soon Prosper? by Nick Bunker
A tighter labor market appears to be giving workers a confidence boost.

People Are Quitting Their Jobs at Record Rates for the Best Reason by Stephanie Asymkos
A trend of this size and scope hasn’t been seen since the internet boom of the early aughts.

Lots of IT job opportunities in 2018-2019 for sure, but make sure money is not the only reason you are leaving! Many of my co-workers left only for the extra money but soon afterwards they would moan about it not being greener on the other side of the street. Make sure the new job does not drastically reduce your other benefits such as: vacation pay, bonus pay, stock options, health care costs, free coffee,  etc.

Do your research before you leap to that next job! Right?